Stop Physician Burnout - this is not about Physician Resilience

We know physician burnout is not because physicians lack resilience.

You are way more resilient than the average bear. Here's how we know ...

You survived med school and residency!
You are Still Here !

I use the word "survive" in that sentence very deliberately. If you look at the experience of Medical School and Residency from a pure energy perspective - think "The Force" in the Star Wars movies - your medical education was an exercise in SURVIVAL at that level.

Sure you learned a whole new vocabulary, a problem focused diagnostic skill set and how to recognize and treat most of the diseases in your specialty ... but all of that was predicated on your survival.

END_OF_DOCUMENT_TOKEN_TO_BE_REPLACED 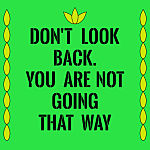 I have talked to hundreds of physicians in the last six weeks and two things are consistent.

1) Everyone knows the Old Normal is gone. There is no going back.

Once we get through the infectious disease crisis, round two of COVID-19 is the economic impact on your organization. Can you be certain at all what your practice will look like this time next year?

2) AND YET ... Most doctors don't want the Old Normal back again in the first place.

No one is longing for a return of the good old days of EMR overwhelm, the fee-for-service hamster wheel, Pajama Time documentation at home and burnout rates of 50% and more. Who wants that back again? Isn't there a better way?

Isn't there a way to practice your craft as a helper, healer, caregiver and Lightworker without so much waste and brain damage??

The answer is YES - we know it to be true. And yet, the New Normal is completely unclear at this time. There is a chasm to cross.

END_OF_DOCUMENT_TOKEN_TO_BE_REPLACED

Invest in Physician Wellbeing for a Triple Competitive Advantage

In 2017 an article in JAMA Internal Medicine by Shanafelt, Goh and Sinsky (JAMA Intern Med. 2017;177(12):1826-1832) made a comprehensive business case for investing in physician well-being. I highly recommend the article. The UCSD HEAR Program has mounted the full PDF document at this link. I recommend you read and absorb every word - and notice your frustration when when you realize these academics did the usual ... and left you with no action steps.

In this blog post let me show you a different way of looking at the benefits to the organization when you take better care of your physicians and staff.

END_OF_DOCUMENT_TOKEN_TO_BE_REPLACED 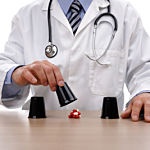 An article on physician suicide in junior Australian doctors this week contained the following bold statement:

'She was eaten alive'

The "con" of building physician resilience has left junior doctors vulnerable to mental illness and suicide by ignoring the systemic failures of the medical profession. Speaking at a session on mental health and wellbeing in Sydney alongside Health Minister Brad Hazzard, Ms Micaela Abbott said her sister was "eaten alive" by the medical profession.

Dr. Chloe Abbott was 29 and a fourth-year doctor-in-training when she died in January, one of several recent suicides by doctors that prompted the Health Minister and the medical profession to act.

"My family had really detested the term 'resilience'," Ms Abbott said, recounting her sister's fortitude as a champion swimmer who represented Australia in international competition.

"That's not something you can do without resilience," she told the crowd of students about to join the profession that Dr Abbott's family and colleagues believed contributed to her death. "

It, of course, begs the question -- is the concept of Physician Resilience a con job to defend a hostile work environment?

END_OF_DOCUMENT_TOKEN_TO_BE_REPLACED

In my work with thousands of over-stressed physicians and over 140 healthcare organizations, I have learned one lesson over and over -

Resilience training alone is not sufficient to rein in the epidemic of physician burnout.

If you believe like I do that physicians are the canary in the coal mine of medicine.

Then it is clear the epidemic of physician burnout is an indictment of the conditions of the mine, not the resilience of the canary.