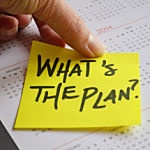 Physician burnout, the employed physician and the occasional insanity of bureaucracy

Have you ever looked at the announcement of a new policy or workflow from your employer and wondered where do these ideas that make no sense come from ?

You know the policies I am talking about ...

The one where you look at what you are being asked to do -- and actually mumble out loud, "What were they thinking? Did anyone even talk to a doctor when this policy was put together?"
============
Key Resources:[Free]
Manage Your Boss Worksheet
Disruptive Physician's ToolKit
============
We have stumbled upon what appears to be the Origin Story for this category of silly commands-from-on-high.

It's a leadership version of the old "telephone game" (Chinese whispers) that is called THE PLAN. I have yet to find a citation for its author.

As you read this, please remember it is supposed to be funny ... OK?

[And know that the way out of insanity like this
is to make sure you either  join or create
an organization with excellent physician leadership
at all levels ...
Right?]

(AKA: How shit happens)

In the beginning was the Plan.

And then came the Assumptions.

And the Assumptions were without form.

And the Plan was without substance. 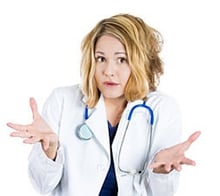 And darkness was upon the face of the Doctors.

And the Doctors spoke among themselves, saying,
"This is a crock of shit, and it stinketh."

And the Doctors went unto their Supervisors and said,
"It is a pail of dung, and we cannot abide the smell."

And the Supervisors went unto their Managers saying,
"It is a container of excrement, and it is very strong, such that none may abide by it."

And the Managers went unto their Directors, saying,
"It is a vessel of fertilizer, and none may abide its strength."

And the Directors spoke among themselves, saying to one another,
"It contains that which aids plant growth, and it is very strong."

And the Directors went to the CMO, saying unto them,
"It promotes growth, and it is very powerful."

And the CMO went to the CEO, saying unto him,
"This new plan will actively promote the growth and vigor of the company with very powerful effects." 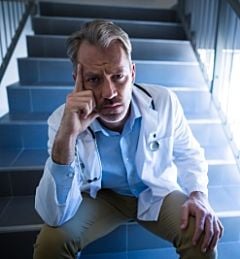 And the CEO looked upon the Plan and saw that it was good.

And that, my friends, is how Shit Happens.

What is your favorite "pail of dung" policy of the moment?