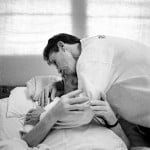 “How doctors die” is an illuminating article published in late 2011 by Ken Murray, MD, Clinical Assistant Professor of Family Medicine at USC. This is a MUST READ for all physicians and physicians in training.

It is written in such a lovely, thoughtful way and gives voice to something we are all aware of at some level.

It’s not a frequent topic of discussion, but doctors die, too. And they don’t die like the rest of us. What’s unusual about them is not how much treatment they get compared to most Americans, but how little. For all the time they spend fending off the deaths of others, they tend to be fairly serene when faced with death themselves. They know exactly what is going to happen, they know the choices, and they generally have access to any sort of medical care they could want. But they go gently.

Of course, doctors don’t want to die; they want to live. But they know enough about modern medicine to know its limits. And they know enough about death to know what all people fear most: dying in pain, and dying alone. They’ve talked about this with their families. They want to be sure, when the time comes, that no heroic measures will happen—that they will never experience, during their last moments on earth, someone breaking their ribs in an attempt to resuscitate them with CPR (that’s what happens if CPR is done right).

Almost all medical professionals have seen what we call “futile care” being performed on people. That’s when doctors bring the cutting edge of technology to bear on a grievously ill person near the end of life. The patient will get cut open, perforated with tubes, hooked up to machines, and assaulted with drugs. All of this occurs in the Intensive Care Unit at a cost of tens of thousands of dollars a day. What it buys is misery we would not inflict on a terrorist. I cannot count the number of times fellow physicians have told me, in words that vary only slightly, “Promise me if you find me like this that you’ll kill me.” They mean it. Some medical personnel wear medallions stamped “NO CODE” to tell physicians not to perform CPR on them. I have even seen it as a tattoo.

To administer medical care that makes people suffer is anguishing. Physicians are trained to gather information without revealing any of their own feelings, but in private, among fellow doctors, they’ll vent. “How can anyone do that to their family members?” they’ll ask. I suspect it’s one reason physicians have higher rates of alcohol abuse and depression than professionals in most other fields. I know it’s one reason I stopped participating in hospital care for the last 10 years of my practice.

How has it come to this—that doctors administer so much care that they wouldn’t want for themselves? The simple, or not-so-simple, answer is this: patients, doctors, and the system.