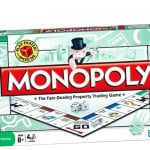 Healthcare costs in the US are the highest – Why?

Why are US healthcare costs higher than the price paid for the same procedures, tests and drugs ANYWHERE else on the planet?

According to new data from the International Federation of Health Plans (IFHP), the answer has to do with the negotiating power of a National Monopoly … at least that’s the way I read it.

In the US, with our fractured system of providers and payors, there is no mechanism to negotiate aggressively on prices and lower the fees charged to the government, health plan or consumer.

Healthcare costs more here … because we pay more across the board for everything.

According to data from the IHFP reported in an article on healthcare costs in the Washington Post, the United States pays more for 22 out of 23 medical devices and services than other developed countries. A U.S. hospital stay costs an average of $15,734 versus $1,825 in Spain and $5,004 in Germany.

“Other countries negotiate very aggressively with the providers and set rates that are much lower than we do.”

The single factor that ensures the success of these negotiations is the presence of a monopoly on the provision of healthcare in the nations doing the negotiations.

If you are providing statin drugs to the Canadian Health Care system … THEY will determine the price and you will agree or be faced with no shipments to Canada this year. That will upset your CEO no end. The Canadian Government holds all the power at that negotiating table.

In America, Medicare and Medicaid negotiate prices on behalf of their tens of millions of members and are able to use their quasi-monopoly status to purchase care at a substantial markdown from the commercial average. But outside that, it’s a free-for-all. Providers largely charge what they can get away with, often offering different prices to different insurers, and an even higher price to the uninsured.

This is a MASSIVE cost lowering of healthcare costs should we eventually decide a single payor system works here in America.